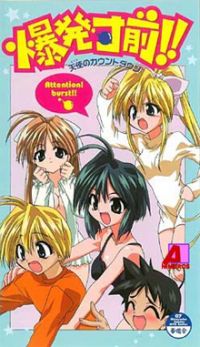 Motoki is a high school boy with problems. His older sister Megumi is constantly having loud sex with her lesbian lover Eika. Eika is bisexual and likes to tease Motoki, sometimes even seducing him so she can have heterosexual sex. Of course this annoys Megumi to no end as she fears losing her girlfriend to her brother. Then there's Motoki's gay friend Yuji who wants to bang him up the rear despite knowing Motoki is not gay. And finally there's Yuji's sister and friend of Megumi and Eika, Emi. She's also bisexual and apparently will also sexually tease Motoki. Will the sweet and innocent Natsuki be his ticket to a more sane life?