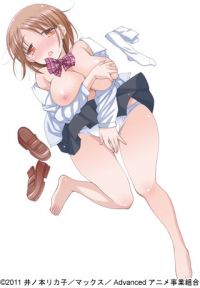 The first story is about an unnamed schoolgirl who has heard a lot about sex, but lacks any experience whatsoever. Interested in everything, she asks her underclassman Yu to fap in front of her. It doesn't take long before the two shake off their embarrassment and do more than just masturbating for each other. The second story follows Hazuki who recently lost her virginity to her boyfriend Nao. When her parents go away on a trip for an entire week, the inexperienced but eager to learn Hazuki, asks her boyfriend to stay over. The following seven days will prove to be full of both excitement and experimentation.