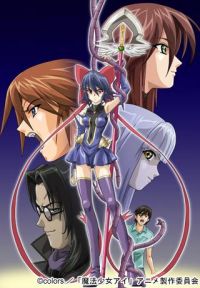 Ai, Rin and Meg are magical soldiers who battle the evil yuragi infesting the streets at night. Yuragi who normally act alone, attacking girls at random, have been collaborating towards a random goal. In the center of it all is Shin and his daughter Mayu, who Rin had given birth to after he raped her.