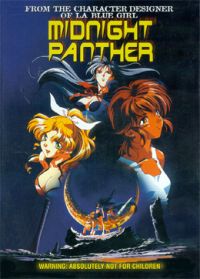 The traveling musical group The Pussycats is the hottest thing around. Lou, Kei and Sonya are three, sexy singers with a legion of screaming fans in every town. But these pussycats have claws. Singers by day, assassins by night. Unbeknownst to their fans, The Pussy Cats are also The Midnight Panthers - female assassins who will kill anyone if the price is right! Their next target is a despotic king who rules by fear and crushes dissension with an iron fist. But for one of the Panthers, it's not just another job... it's personal.