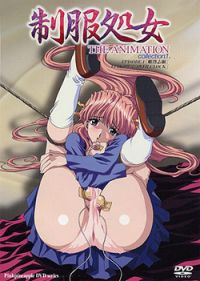 Mindless fucking with a techno music background. More or less. Actually, less - the sound in the later episodes isn't as awfull as in the other ones. The anime itself depicts teen-aged (and well endowed) school girls getting raped - by her teachers (the first episode), by some businessmen who mistake the girl for a hooker (the second episode), by a classmate in mad love with the girl (third episode) and finally two sisters being raped by the school janitor.