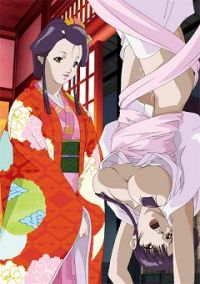 This three episode hentai centers around three love stories: Thief, A young woman is wed to a much older man who fails to satisfy her sexually. One day, while he is out, a thief breaks in and catches the wife alone. Female Pervert Warrior, During the Feudal age, a small country is torn apart by war. While most of the royal family is killed, the country's princess and her vassal, Shingo, escape. Though they escaped with their lives, a harsh fate awaits them. Disgraced Bride, The story of a clan lord and the princess that he loved. However, the lord's ''affection'' for the princess became stronger every day, and so grew more twisted. She now lives like a bird in a cage, constantly receiving the lord's hard love