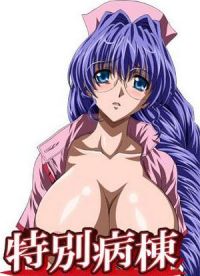 A female doctor is developing a drug that can cure impotence. She creates two versions: blue pills for males and red ones for females. She plans to test the drug on herself as well as four of her staff nurses. However, there is a catch. The drug has an interesting side effect, one that will alter not only a person's body but also test a person's limits.