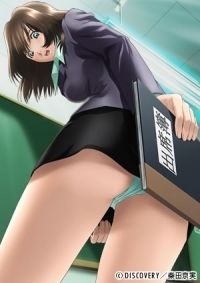 An ordinary school teacher is in an VERY oversexed world. When one of the students nearly rape her during class, she escapes, but the guy is still on her trail. Other guys try to get some action too as well, but then the guy from earlier succeeds in chronically raping her, but she could be able to recover, but the rapist’s karma could also turn bad again.