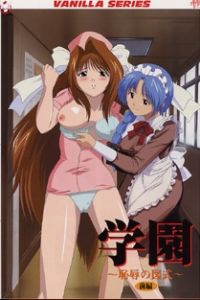 Masaki's in trouble. His rich father is about to disown him! But he's still got one last chance: if he can collect on some old unpaid debts, then all will be forgiven. Masaki may be a slacker, but he's quick to realize that the fastest way to collect is to go after the debtors' hot, busty daughters! And so, Masaki's "game" begins. The rules? If the girls can't pay back the debt, they have pay up with all sorts of sexual favors. They'll have to cater to his every carnal demand, fulfill his every fetish... Masaki may not be collecting much money, but he doesn't care - he's surrounded by girls moaning in pleasure and begging for more!