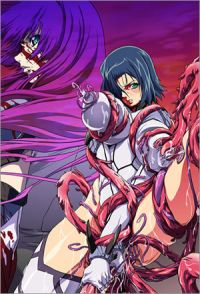 The shadow of the Geists, space-time invaders, is growing at the Academy. The secret wars between the creatures of different dimensions which have continued for centuries, are about to turn Hiroki's normal life at the Academy upside-down and change his fate forever! Is the mysterious, silver-suited beauty who appears before Hiroki his friend or his enemy? What will happen to this mere boy and this magical girl...?