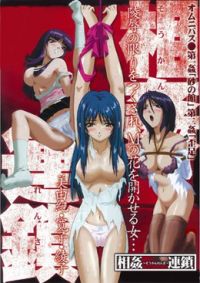 "Story 1: Having heard about a housewife passing down her late husband's wealth to her daughter, two hoodlums invaded their home. After finding that the women did not have the money with them at the present time, the two men held the women hostage and used them to take care of their own personal sexual needs and desires. Story 2: A young woman accepts a job doing modeling poses for an art class. All was going well until the students demanded more out of the situation so exciting sexual encounters ensued."