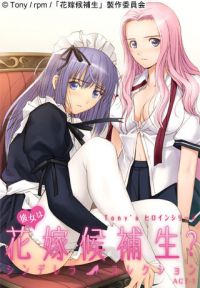 Shinji's parents have died in an accident years ago, so he has grown up in an orphanage. Now, years later, he gets approached by a maid with the name Zero who claims that Shinji's father was the only son of a millionaire. His grandfather now intends Shinji to inherit his business. Shinji doesn't feel much for inheriting a company from a person he doesn't know, especially since he has plans for his own life and wants to eventually marry his childhood friend Sae. There is only a slight drawback: his grandfather won't take no for an answer. He did leave an opt-out option though; if Shinji can find a girl with a certain birthmark, he will be given his freedom and won't have to inherit and lead the company. The only catch is... the birthmark will only appear after the girl climaxes. How will Shinji manage to get out of this deal while still staying true to his childhood love?