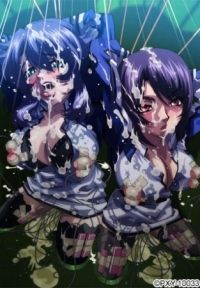 Lieri Bishop, an up-and-coming New Solar Commander, and her aide, Major Naomi Evans board a battleship to earth to report the Neo Terrors' crimes to the Universal Federeation. The captain of the ship and of the Neo Terrors, Donny Bogan, has had a grudge on them since four years ago when they had sabotaged a kidnapping mission on earth and got him arrested. So he has his chance and brainwashes them. Now When the lights change in the battleship, their personalities switches to one that suits the crew and thats when the "sexual" party begins. Based on the erotic game Kangoku Senkan ~Hidō no Sennō Kaizō Kōkai~ by Anime Lilith.