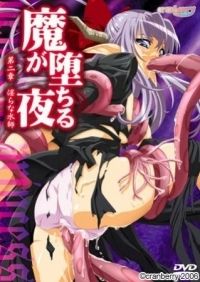 Sheliss Elleness Zurbach suddenly appears out of the blue in modern day Tokyo. Destiny has brought her to the human world, destiny in the form of an evil adversary named Gilva. Needing help in tracking down her enemy, she enlists a sexy demon killer. What Sheelis didn't count on was that a crazed, slimy, tentacled magician would paralyze her and turn her into a sex slave. The slimy tentacles slither all over the paralyzed princess' body. A long night of sexual punishment is about to begin.